Thailand started to understand overseas investment as an important element in growing the countryís economic system inside the 1950s through enacting its first investment promotion legislation in 1954 via the industrial promotion Act No 19. but, the shortage of an administrative agency limited this Actís effectiveness.

The Board of Investment is mandated by the government to grant the following incentives, guarantees and protection governed under The Investment Promotion Act B.E. 2520 (1977).

Exemption from charge of import duties on machinery may be granted by way of the BOI provided comparable machinery isn’t being produced locally.
If not fulfilling the above condition, BOI may additionally supply 50% reduction on equipment import duties instead.
BOI may offer reductions on import obligations of as much as 90% on imported raw substances which aren’t available locally.
Exemption from corporate income tax identical to the amount of investment no longer including the cost of land and operating capital for up to 8 years.
Exemption on a juristic personís income tax and dividends derived from promoted activities
50% discount of the juristic personís income tax
Double deductions from the price of transportation, energy and water supply
extra 25% deduction of value of set up or construction of facilities
Exemption of import duty on raw or critical materials for use in manufacturing for export
Non-Tax Incentives

On top of the tax incentives, the BOI offers non-tax incentives to a promoted organisation regardless of location which include:

The Board of Investment provides guarantees against:

Imposition of a surcharge on imports at a rate not more than 50% of the price of overseas insurance and freight charges for a period of not exceeding one year.
Import bans on competing products to provide additional protection for the promoted project or activity.
Authority of the BOI Chairman to order any action or tax relief sanctions to benefit the promoted projects especially in cases where problems or obstacles in the course of carrying out the promoted project are encountered. 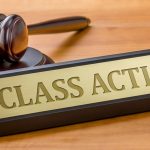 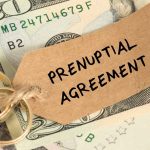